The 15 Best Motorcycle Movies of All Time

Home » The 15 Best Motorcycle Movies of All Time

As the weather starts to get colder motorcyclists everywhere are left wondering what to do after winterizing their bikes. Fortunately for them (and for us) there are hundreds if not thousands of incredible motorcycle movies available for purchase or rent online.

Below is a list of our top favorites to help you get through the cold season, or simply unwind after a long day out riding:

One of the oldest and most iconic motorcycle movies of all time, On Any Sunday was created in 1971 and still stands as one of the most popular motorcycle movies in the world today. This historic film offers you a glimpse into the grassroots origins of racing, and the lives of legends like Steve McQueen, Malcolm Smith, Mert Lawwill and more.

Want more? Check out On Any Sunday: The Next Chapter, produced by Redbull Racing.

This lesser-known documentary was created in 2013, yet it already has a cult following! Winner of “Best Documentary” at the 2013 Motorcycle Film Festival, this inspiring and comprehensive film dives “into the world of motorcycling, told by the famous racers, passionate riders, and everyday families” who live to ride.

Hey motorcycle rider, want to learn how Ride Vision can help you stay safer on the road? Click Here

One of the most eccentric, quirky, hard-to-believe, and 100% true motorcycle racing stories of all time. In this movie viewers follow the real-life trials, challenges, and victories of the world record setting New Zealander Burt Munroe as he races his 1920 Indian Scout on the Bonneville Salt Flats.

The original outlaw biker film! At the time of its release in 1953, The Wild One was actually considered to be a representation of the motorcyclists involved in the controversial “Hollister Riot.” This movie rocketed legendary actor Marlon Brando to fame, who then later became a cultural icon of the 1950s (and today).

5. Riding Solo to the Top of the World

Sometimes you just have to get away from it at all, and in this case that meant literally going to the top of the world! Filmed in 2006, the documentary was the original motorcycle travel vlog. Follow rider and director Guarav Jani as he makes a solo trek to the highest habitable place on earth — the Changthang Plateau in Ladakh, bordering China.

This American independent road drama is a hugely influential counterculture piece written by Peter Fonder, Dennis Hopper, and Terry Southern in 1969. Easy Rider explores prevalent 1960s issues of the time through the story of two drug-dealing bikers carrying cocaine through the American Southwest.

Evel Knievel was a legend in his time, and still is today. Learn about this daredevils stunt rider’s fascinating origins, personal triumphs, societal pressures, and wildest stunts in Being Evel. For fans of the legendary performer, this is the perfect behind-the-scenes look into the man, myth, and legend.

If you’re looking for an action-packed, pure-adrenaline, high-intensity racing story then look no further than TT3D: Closer to the Edge. Travel to the Isle of Man and to follow along with the world’s fastest, and arguably bravest, motorcycle racers. This movie features stunning visuals and rare behind the scene glimpses into the deadliest race in the world.

Another high-adrenaline choice in motorcycle movies — Hitting the Apex is narrated by Brad Pitt and follows the story of six elite MotoGP motorcycle racers. Get access to behind the scenes footage and exclusive insight into this highly competitive and dangerous world.

After all that speed it would only make sense to watch a movie about the meditative quality of motorcycle riding! One Week follows the journey of Ben Tyler (played by Joshua Jackson) as he rides from Toronto to Tofino in search of mental clarity and personal peace.

Just in case a 1-week trip wasn’t enough… The Long Way Round follows the story of Ewan McGregor and Charley Boorman as they embark on a grueling 19,000-mile (30,578 km) journey from London to New York. Ride along with them through challenges, victories, unique cultural experiences and more.

This 1963 Epic American war film stars Steve McQueen and features one of the most iconic motorcycle jumps in all of two-wheeled history. Based on a true story, this action/adventure film follows the story of a group of World War II allied prisoners, and their attempts to escape.

This is a movie for dirtbike enthusiasts everywhere. This incredible action-adventure film documents one of the most dangerous and challenging off-road races in the world — the SCORE Tecate Baja 1000.  To make this visually stunning documentary, the team used 55 cameras, 4 helicopters, 1 buggy camera car, and a crew of over 80 people.

The ultimate combination of wanderlust and motorcycling, Somewhere Else Tomorrow follows the journey of Daniel and Lars, who set out to circumnavigate the world on the motorcycles — getting by with just the money they make along the way. 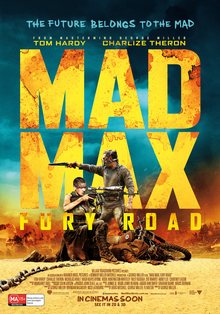 Though not “technically” a motorcycle film, Mad Max definitely makes our list. The visually stunning special effects, unbelievable stunts, and fictional reliance on two-wheeled machines in this world makes for incredible storytelling and high-octane adventures.

While daring adventures and life-changing trips may be at the top of your bucket list as a rider — it’s important to always keep safety top of mind. Whether you’re travelling around the world, planning a race, or just riding to meet up with friends, make sure you have the best motorcycle gear and gadgets possible to ensure that you stay safe while enjoying the ride.

For many motorcyclists, riding is something they can’t live without – but it does undoubtedly have its risks!
Read More
General

Safe Motorcycle Riding: How to Get it Right

Riding a motorcycle can seem intimidating at first.  For an “outsider” the two-wheeled world can seem complex and mysterious. There’s a different set of vocabulary to learn, new skill sets to acquire, gear to buy, licensing, and of course… the purchase of a bike to consider.
Read More
General

Motorcycle riding gear comes in a variety of shapes and sizes, from different helmet styles to more types and shapes of leather than you may have thought possible. Virtually every type of motorcycle rider uses gear, so it’s important to know the facts about it!
Read More